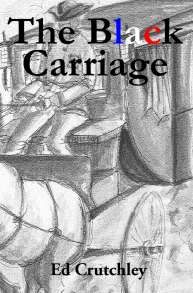 A theft of gold in 1793 French Haiti sparks a secret mission to uncover an organisation called Black Carriage. The mission is assigned to a soldier whose wife’s murder on the same day may not have been a mere coincidence. His relentless and tumultuous quest ends with a dramatic meeting in Trieste, just before the death of Napoleon. It crosses nine countries and as many attempts on his life as, directed from the corridors of power in Paris, protagonists on both sides exploit the fog of revolution and war to conceal their trails.

Paperback and eBook avalable from Amazon